An insurer can be subject to tort liability for breach or the implied covenant of good faith and fair dealing where the insurer fails to investigate a claim, fails to defend its insured and/or fails to make a reasonable effort to settle covered claims against its insured within policy limits. Such conduct can render an insurer liable for compensatory damages, punitive damages, emotional distress damages and the opposing party’s attorney’s fees.

As in every other contract, an implied covenant of good faith and fair dealing is implicit in an insurance contract: “ ‘Every contract imposes upon each party a duty of good faith and fair dealing in its performance and its enforcement.’ ” Foley v. Interactive Data Corp., 47 Cal. 3d 654, 683 (1988). “‘Good faith performance … of a contract emphasizes faithfulness to an agreed common purpose and consistency with the [reasonably] justified expectations of the other party.’” Neal v. Farmers Ins. Exchange, 21 Cal. 3d 910, 922 (1978) (citation omitted).

The fundamental purpose of the implied covenant of good faith and fair dealing is “ ‘that neither party will do anything which will injure the right of the other to receive the benefits of the agreement.’ ” Gruenberg v. Aetna Ins. Co., 9 Cal. 3d 566, 573 (1973). In Egan v. Mutual of Omaha Ins. Co., 24 Cal. 3d 809, 820 (1979), the California Supreme Court explained the rationale for an insurer’s obligation of good faith and fair dealing to its insured: “ ‘The insurers’ obligations are rooted in their status as purveyors of a vital service labeled quasi-public in nature. Suppliers of services affected with a public interest must take the public’s interest seriously, where necessary placing it before their interest in maximizing gains and limiting disbursements … [A]s a supplier of a public service … the obligations of insurers go beyond meeting reasonable expectations of coverage. The obligations of good faith and fair dealing encompass qualities of decency and humanity inherent in the responsibilities of a fiduciary. Insurers hold themselves out as fiduciaries, and with the public’s trust must go private responsibility consonant with that trust.’ ”

An insurer is said to act in “bad faith” when it breaches its duty to deal “fairly” and “in good faith” with its insured. Neal, 21 Cal. 3d at 921. To establish the insurer’s “bad faith” liability, the insured must show that the insurer has (1) withheld benefits due under the policy, and (2) that such withholding was “unreasonable” or “without proper cause.” Gruenberg v. Aetna Ins. Co., supra, 9 Cal. 3d at 573-574.

The linchpin of a bad faith claim is that the denial of coverage was unreasonable. “Before an insurer can be found to have acted in bad faith for its delay or denial in the payment of policy benefits, it must be shown that the insurer acted unreasonably or without proper cause.” Jordan v. Allstate Ins. Co., 148 Cal. App. 4th 1062, 1072 (2007). “Where there is a genuine issue as to the insurer’s liability under the policy for the claim asserted by the insured, there can be no bad faith liability imposed on the insurer for advancing its side of that dispute.” Id.

The duty of good faith and fair dealing implied in every insurance contract includes a duty on the part of the insurer to investigate claims submitted by its insured. “[A]n insurer cannot reasonably and in good faith deny payments to its insured without thoroughly investigating the foundation for its denial.” Egan v. Mutual of Omaha Ins. Co., 24 Cal.3d 809, 819 (1979).

These duties, however, arise after the insured complies with the claims procedure described in the insurance policy. KPFF Inc. v. California Union Ins. Co., 56 Cal. App. 4th 963, 977-978 (1997); Paulfrey v. Blue Chip Stamps, 150 Cal. App. 3d 187, 199-200 (1983) (insurer’s responsibility to investigate “would not arise unless and until” insured files claim or makes “good faith effort to comply with claims procedure….”). “[W]ithout actual presentation of a claim by the insured in compliance with claims procedures contained in the policy, there is no duty imposed on the insurer to investigate the claim.” California Shoppers Inc. v. Royal Globe Ins. Co., 175 Cal. App. 3d 1, 57 (1985).

Ordinarily, an insurer breaches the implied covenant by denying an insured’s claim without first thoroughly investigating “all of the possible bases” of the claim. Jordan v. Allstate Ins. Co., 148 Cal. App. 4th 1062, 1073 (2007). In discharging this duty, the insurer “ ‘may not ignore evidence which supports coverage. If it does so, it acts unreasonably towards its insured and breaches the covenant of good faith and fair dealing.’ ” Id. at 1074.

Whether the insurer’s investigation of a particular claim was reasonable “‘must be determined on a case by case basis and will depend on the contractual purposes and reasonably justified expectations of the parties.’ ” Chateau Chamberay Homeowners Ass’n. v. Associated International Ins. Co. 90 Cal. App. 4th 335, 346 (2001), quoting Careau & Co. v. Security Pacific Business Credit, Inc., 222 Cal. App. 3d 1371, 1395 (1990).

What constitutes “possible bases” in a given situation is fact specific. The insurer is to investigate claims in good faith, act reasonably and give “equal consideration to the interest of its insured(s) as it does to its own interest.” Egan, supra, 24 Cal.3d 809, 818. The insured has a duty to cooperate in the insurer’s investigation.

“The implied covenant of good faith and fair dealing, inherent in all insurance contracts, obligates an insurer to make a reasonable effort to settle a claim against its insured within policy limits whenever there is a substantial likelihood of a recovery in excess of those limits. An insurer who breaches this duty acts in bad faith and may be held liable for the entire amount of the judgment recovered against its insured, including any portion in excess of the policy limits.” Strauss v. Farmers Ins. Exchange, 26 Cal. App. 4th 1017, 1021 (1994).

The California Supreme Court in Comunale v. Traders & Generals Ins. Co., 50 Cal. 2d 654 (1958) held that an insurer in determining whether to settle a claim must give at least as much consideration to the welfare of the insured as it gives to its own interest. The governing standard is whether a prudent insurer would have accepted the settlement offer if it alone were to be liable for the entire judgment.

An insurer may be held liable for a judgment against the insured in excess of its policy limits where it has breached the implied covenant of good faith and fair dealing by unreasonably refusing to accept a settlement offer within the policy limits. Commercial Union Assur. Cos. v. Safeway Stores, Inc., 26 Cal. 3d 912, 916-917 (1980).

“Breach of an insurer’s duty to defend violates a contractual obligation and, where unreasonable, also violates the covenant of good faith and fair dealing, for which tort remedies are appropriate.” Amato v. Mercury Casualty Co., 53 Cal. App. 4th 825, 831 (1997).

The insurer, however, “‘need not defend if the third party complaint can by no conceivable theory raise a single issue which could bring it within the policy coverage.’ ” Montrose Chemical Corp. v. Superior Court, 6 Cal. 4th 287, 300 (1993), citing Gray v. Zurich Insurance Co., 65 Cal. 2d 263, 276, fn. 15 (1966). Thus, when an insured submits a claim to an insurer and there is no potential for coverage of that claim under the policy, the insurer has no duty to defend and it may reasonably deny the claim. Waller v. Truck Ins. Exchange, Inc., supra, 11 Cal. 4th at 36. 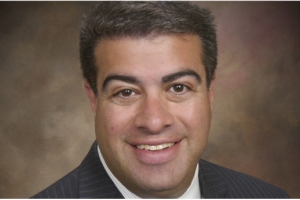